active in the field of 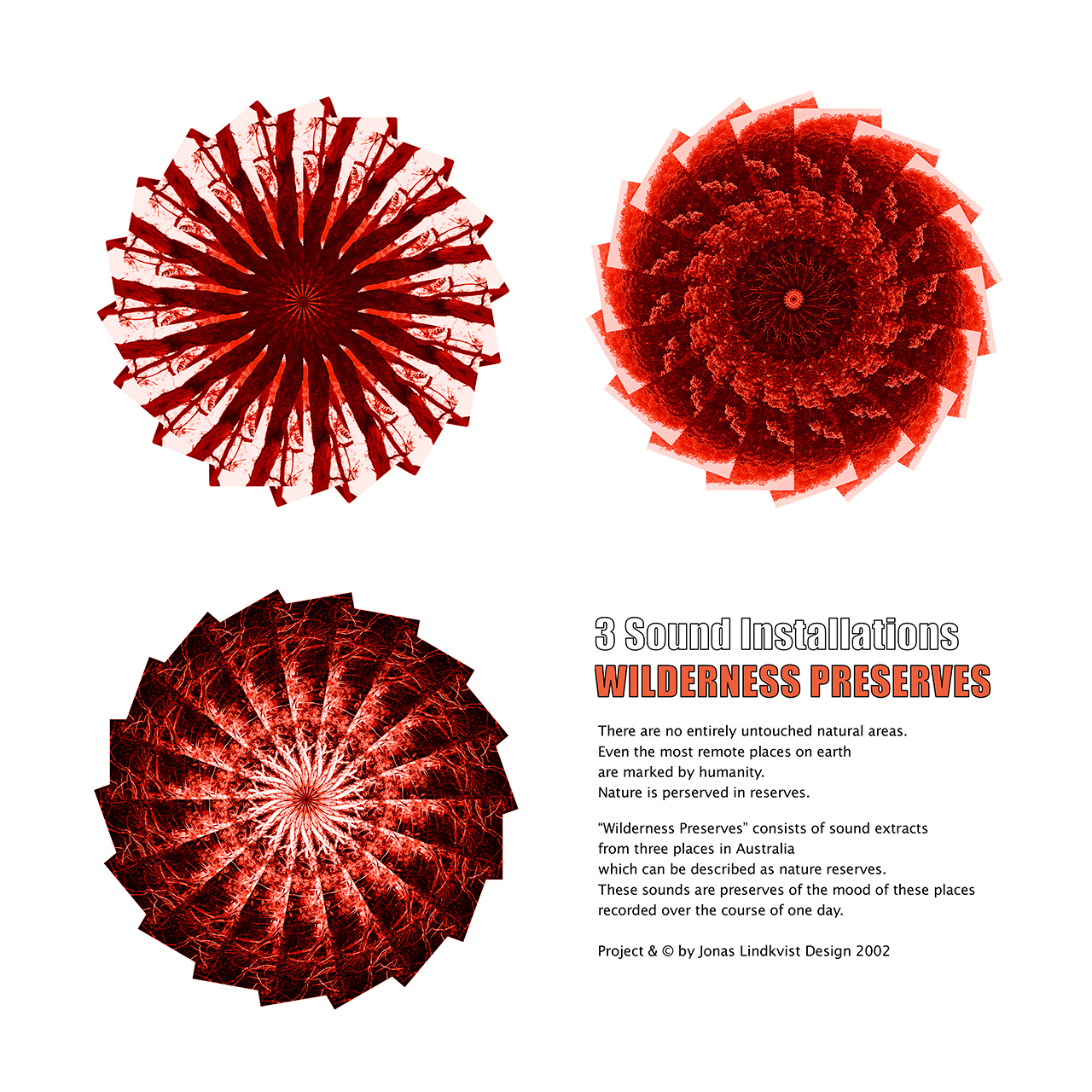 A sound and image installation from 2001.
Mixed sounds from the wilderness and from the city.

Morning sounds from an eucalyptus forest in Warra, Australia.
Sounds of people in Shimbashi shopping mall in Tokyo, Japan.

Even the most remote places on earth are marked by humanity. Today, there are no entirely untouched natural areas. Still, we want to believe that the wildness is protected, with plants and animals in nature reserves unaffected by humankind. But nature reserves, much like museums and private collections, are created by humankind.

In the future, how will we relate to the wilderness that is left?

Strict regulation of sensitive areas limits accessibility. Nature that is made inaccessible means it remains invisible: we’re not even aware of its existence.

Unprotected areas are often spoiled or disrupted, making them less attractive to tourists. Yet local support for nature reserves often depends upon tourism as the latter provides rural communities with a means of economic survival.

National parks and nature reserves are often created in areas where forestry and natural resource industries find nothing to extract. However, exploitation is permitted even in protected areas if it benefits local or national economies.

This installation, by presenting nature as a cultural space, prompts viewers to pose ecological questions.

”Wilderness Preserves” moves the sounds of nature to urban contexts, thus overcoming our political and ethical distance from the nature reserve. This project goes one step further than Manuell Castell when he observes:

“Culture has overcome Nature to such an extent that this artificiality is revived (in ‘reserves’) as a cultural form.” If we are entering into a new era in which nature is reconstructed as a cultural ideal, what is our responsibility to that which we reconstruct?”

There are no entirely untouched natural areas. Even the most remote places on earth are marked by humanity. Nature is preserved in reserves.

Time and place shift when sounds from different cultures meet. “Wilderness Preserves” moves preserved sounds from the wilderness to unexpected places in our urban environment.

Sounds, such as those recorded from the preserved wilderness of our day, were most likely heard at these sites sometime in the past.

How do we experience the culture in which we live – penetrated by mechanical and digital sound—when it merges with the sounds of nature?

In the future, how will we relate to nature that remains?

“Wilderness Preserves” consists of sound extracts from three places in Australia which can be described as nature reserves. These sounds are a preservation of the mood of these places, recorded over the course of one day.

The Internet, existing for more than twenty-five years, has already become a major part of both our working and leisure lives. Digitalization will soon encompass every nook and cranny of our existence.

Chips, cookies, spyware, cameras, microphones, refrigerators, telephones and everyday gadgets and appliances – they will all collect huge quantities of data.

Getting information – so-called metadata – about where and when and whom we call and e-mail or what topics we google. We leave a trail behind.

As we move through the city's streets and squares, on buses, trains and cars, sensors constantly collect data about our behaviors and routines.

It seems only a question of time until everything – even our emotions and thoughts – are traceable,for good and for bad. Aside from meta-data, we volunteer data about ourselves on social media and in comments’ fields.

The amount of data collected is growing drastically. Merging, the data converges and devolves into Big Data: the new hard currency that is bought and sold by companies and public actors.

With digitalization, Big Data is becoming increasingly important as a basis for decision-making, for example, for advertising, community service and political campaigns, with messages tailored and micro-targeted to fit each one’s digital identity.

We want to believe we live in a democratic society. Where we all have a choice. The question is: To what extent do we want the amassment and manipulation of datapoints to control our everyday lives?

When we choose apps, gadgets and electronics, we make a personal choice which, by extension,also impacts future society and cultural conditions.

In this poster magazine, we pose some questions about the power and might of the digital. 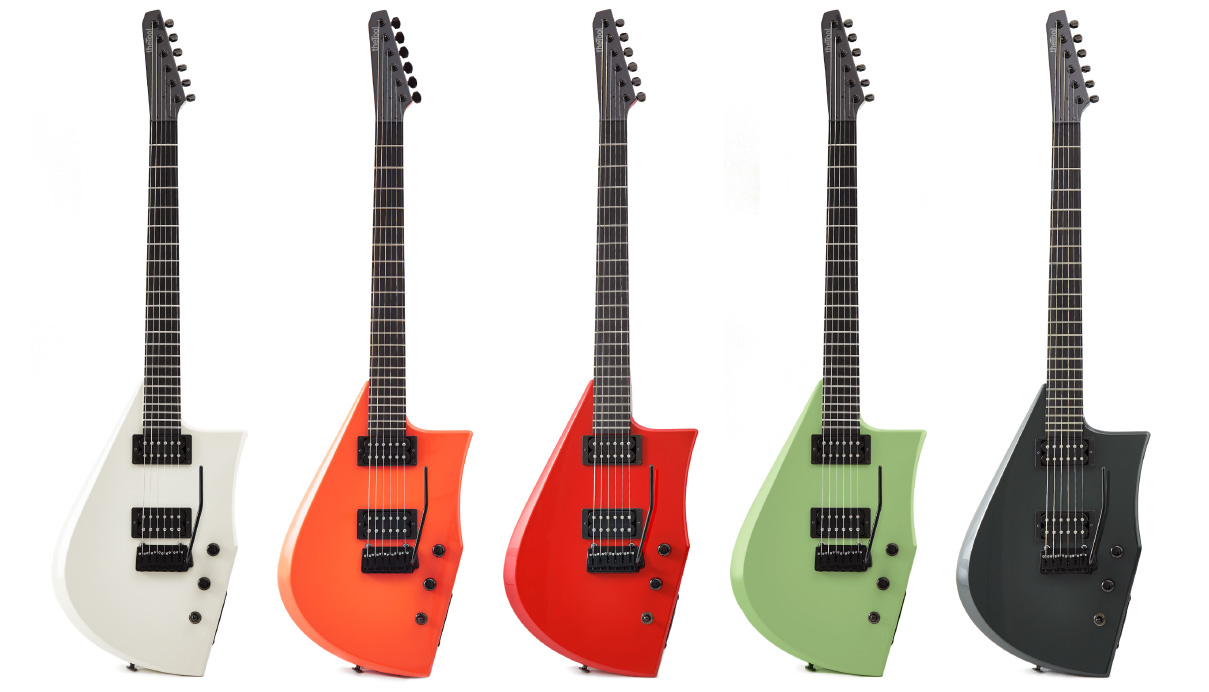 With the goal of designing a modern take on the electric guitar I collaborated with the Guitar People company in Stockholm and Master luthier, Arne Arvidsson. Together we created an electric guitar, featuring aesthetic modern lines and great playability. Influenced by minimalistic, Swedish design and the essence of the beauty of an electronic guitar is revealed.

theTool – JL is new and different, born out of 35 years of guitar-making, with an undeniable, futuristic view.
The primary thought that drove the project from the beginning was to combine crisp, futuristic design and great playability.-theTool – JL, has an alder body, a maple neck and a fretboard made of ebony.
Guitar People is importing some of the world’s most outstanding handmade instruments, as well as in developing and producing their own guitars, under the brand name, theTool. When you purchase an instrument from Guitar People, you can rest assured that each single one is carefully configured, checked, and adjusted to your needs and satisfaction. 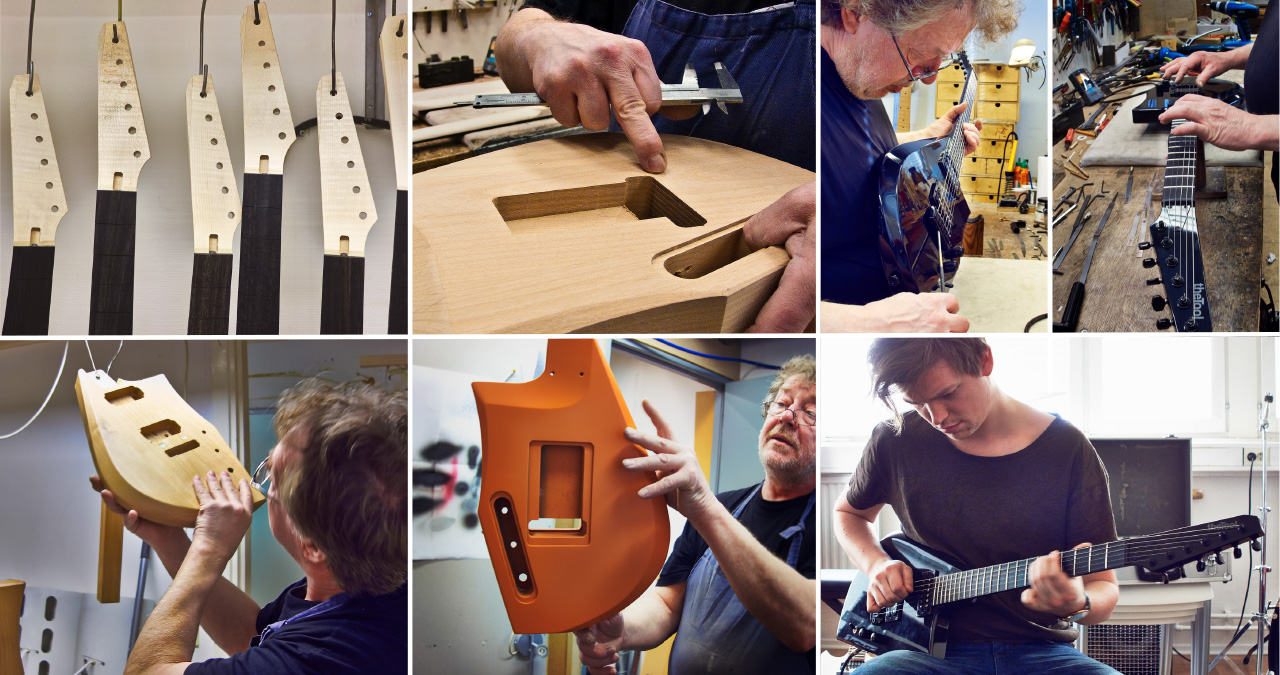